Internet connection and speed in Denmark and Norway

Normally when countries attract entrepreneurs and international companies, it has been through the development of strong infrastructure.

Throughout the 19th century the most important parameter in a strong infrastructure has been well-developed roads, reliable sources of electricity and a reliable telephone network. Nowadays fast Internet connections has become a parameter that is added to the above mentioned.

In Denmark politicians are aware of how dependent Denmark is on foreign investors and companies. Therefore they are trying to take advantage of Denmark’s small size and be one of the first countries to succeed in creating good infrastructure, when there are new demands for good infrastructure. 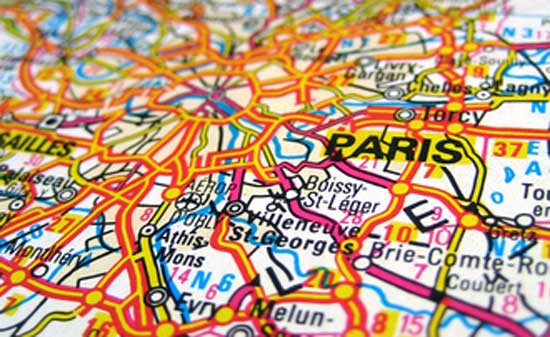 This has resulted in Denmark declaring to be the most attractive country in Europe, for operating a business and in the Top3 (with Singapore and New Zealand) regarding corruption.

How Fast Is The Internet Really In Denmark?

A funny anecdote is that Tranum, a small village in the northern part of Jutland with a population approximated to 400 (!), had an Internet connection speed of 1 Gbit a couple of years ago.

At the time the fastest Internet connection in the world, just surpassing Kansas City.

4 years after in 2015, the fastest Internet connection you can get elsewhere in Denmark, is 500 Mbit, which is still pretty good.

The story behind Tranum’s fast Internet is that the local city counselor Per Lorentzen had a vision about preparing Tranum’s vulnerability towards the urbanization.

Per Lorentzen vision is a reaction to the tendency, where certain areas in the countryside of Denmark often see its population move into bigger towns. 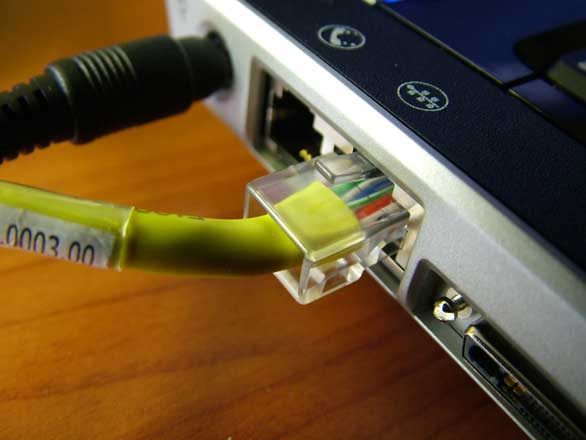 Even though Denmark is in top of the class, when it comes to Internet speed, there is still a huge opportunity for improvement and it takes time to implement. But it is also on the political agenda in Denmark.

You can see the actual download speeds along the prices per month here:
Check internet speed for Denmark

And here’s the numbers for Norway:

Behind The Numbers And The Awards

Even though Denmark is nominated as one of the best countries in the world to operate a company in, it doesn’t reveal the entire truth.

According to akamai.com, which is the global leader of content delivery services, Denmark is one of the countries, which has the biggest adoption of broadband Internet with a 4 Mbit/s connection.

Denmark’s ranking in average connection speed is 12,9 Mbit/s, which is enough to place Denmark in 12th world and is outpaced by countries as Sweden, Switzerland and the Netherlands, which isn’t so surprising. 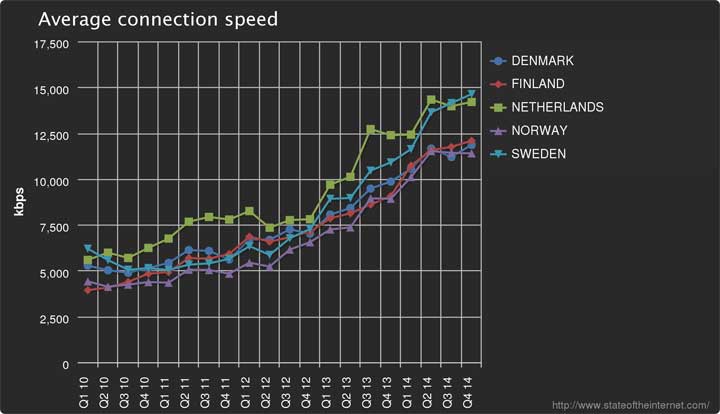 More surprising is it that a country as Czech Republic also has a higher average Internet connection than Denmark.

When average peak connection is compared Denmark’s score is 48,1 Mbit/s, which places Denmark on a 31 place next to countries as Portugal and Spain.

The conclusion is that even in a nomination about the best infrastructure, the degree adoption is viewed as more important, than the peak performance and average speed of the Internet. It is also important to remember, that the other parameters mentioned in the beginning are also included in the evaluation.

The Internet supports growth in many different ways. One of the first possibilities envisioned in the Internet was the possibility of creating Internet stores. Many entrepreneurs saw an endless potential in getting their stores inside the customers living room.

For a period everybody knew a person, who operated an Internet Store from his or her home, with the the garage as warehouse. Then came a disbelief among the Internet Store community, because it took nearly a decade to change the customer’s habits.

Since 2012 we have seen a steady growth of Internet shopping in Denmark, and it has spread to areas, which was unbelievable for 5 years ago – like for example grocery stores!

The digital infrastructure has become a hot topic for both politician and fireballs in the academic world and the startup milieu.

In Aarhus, the second largest city in Denmark, this has been giving rise to Smart Aarhus, which is a group of fireballs, dedicated to ensure a future with smarter digital infrastructure. The group is highly inspired from Adam Greenfield, who wrote the groundbreaking book: “Everyware: The Dawning Age of Ubiquitous Computing” and “Against The Smart City”.