The man cave and guy-time in Denmark

One of the trends, which are hard to determine if it is a trend or just natural order, is the “Man Cave”.

As a term the man cave has existed from 21. March 1992, where Joanne Lovering used man cave as a synonym for basement. Almost exactly one month later John Gray used the phrase man cave to describe, how men deal with stress, in the book “Men are from Mars, Women are from Venus.”

When John Gray uses the phrase to describe a state of mind, it also suggests that the man cave has always existed, but it materializes in different ways.

The modern man cave is characterized as the place in the house, where there is no female authority, which means the man is in charge of the interior and activity that unfolds in the room. The room is therefore often pictured, as a room without any particular aesthetic, but a lot of games, fun, and functionality.

There are basic requirements for a man cave, which is the biggest television available, a refrigerator stacked with cold beers, and some very comfortable couches. Other add-ons could be a football table, pool table, or the newest hunting trophy. With other word is it only the imagination that sets the limits!

With time the man cave has become a frequent phenomenon in popular movies as Batman and Iron Man. 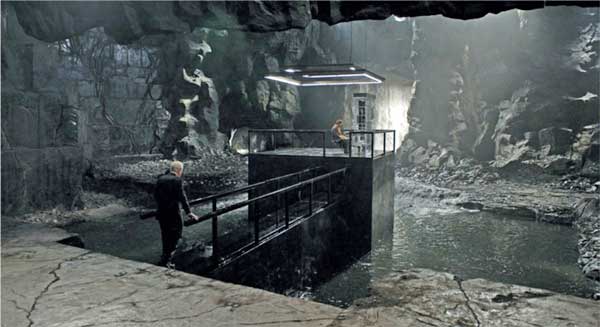 In the two blockbuster movies both superheroes has a cave, where they retreat to after fighting the bad guys. It is this place they rest, evaluate the last encounter, plan the next encounter and develop more awesome superheroes gear to their already awesome collection.

In Denmark the average man caves aren’t comparable with the superheroes’ or just the American man caves.

Often the man cave is restricted to one night every week, normally when they show Champions League matches in television.

A Champions League match starts at 20:45 (also known as “CL-time”) without the pre-match program, but includes the goal show after the match. Normally the times in the man cave consist of 3 hours.

This is the typical guys night out in Denmark. Either you find a good bar or a friend to visit, where you can follow the match. American football is also gaining more fans in Denmark, and lots of guys gather up when the games are on on Sunday nights. 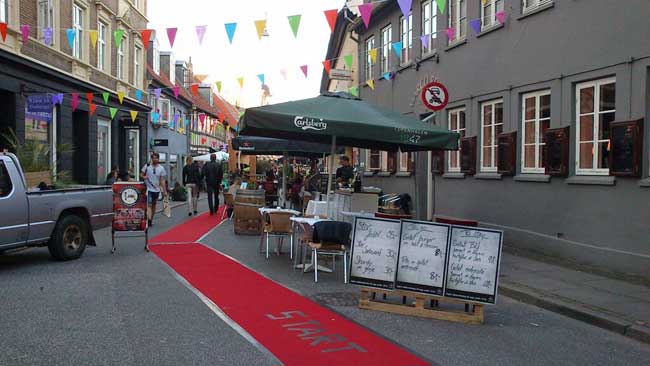 Mejlgade is a good place to go out in Aarhus, and if you prefer a good sports-bar, places like Sherlock Holmes and Tir Na Nog in Frederiksgade are always good places with a good atmosphere.

I chose one of our three enclosed terraces for my man space. I put up some design constraints for myself in the making process.

There are several reasons for the choice of constraints, but the major reason is, that I have experienced how I don’t value cheaply bought furniture, but on the other hand value furniture I have struggled to acquire.

The other reason is plainly simple. I live on a budget.

During the process of acquiring interior for my “cave”, I have come across a lot of awesome experiences. One of my friends once called me, because he had found a wire spool on the harbor in Aarhus. Then I hurried down to him and we roll the wire spool through the city.

Another day I had a walk on the beach with a friend, where we found a piece of driftwood with rusty nails in it.

I decided quickly that it would look good in my cave. We carried the driftwood for several kilometers and it was heavy and unmanageable.

The most important item in my cave is my hookah.

The reason for this is that, in my opinion, the man cave is determined by the activity that unfolds in the cave. I want my space to be place, where you feel good, have nice conversations with your other male friends, but also have the opportunity to just be around and chill.

I’ve chosen to not stick to my constraint regarding not buying anything new, but only because I feel like it’s overruled by the constraint about self constructing.

I have a lot of furniture and activities in my cave, but my walls are still empty. I’ve decided to get a printet wall paper . I haven’t decided what print yet, but I’m considering Batman or Iron man, to give it that ‘cave-feel”.