Denmark has been known as a country with a good eye for design for many years. In the decades after WW2 Denmark had an impressive list of designer furniture, that went around the world, and you still find classic Danish designs in lots of movies, government buildings etc.

A love for wood and organic lines has always been a trademark for Danish furniture design.

But the roots of design influence, goes a long way back before the 50s.

The roots are deep

The Royal Porcelain Factory (Danish: Den Kongelige Porcelænsfabrik) was established as early as 1775, and today this company is called Royal Copenhagen, and is most known for it’s classic kitchenware:

Before this period China was the main place to go for fine porcelain, but it was expensive to transport the fragile porcelain all the way from China to Norhern Europe.

The Royal Porcelain Factory wanted to match the quality from China, and when they finally cracked the formula, they wanted to focus on a broader audience, and not only be the supplier for the royal family and the very rich top of of the society.

They wanted to produce porcelain for the upper class, and they managed to do that.

For many years this fine kitchenware has been used in many Danish homes for special occasions such as Christmas, Birthdays, Anniversaries etc.

Arnold Krog became the lead designer at the company, and at the world exhibition in Paris in 1889, the porcelain from Denmark was the main attraction.

The Danish porcelain from this period and until today has a unique pattern called “mussel-malet”, and it looks like this: 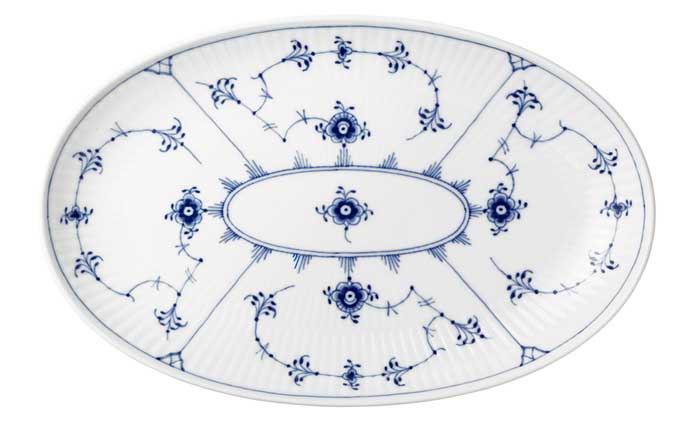 The design has been around for a long time, and today many collectors have complete sets of every cup, plate etc. ever made, as they tend to increase in value over time.

Today the “mussel-malet” design is popular again, and it had a renaissance in the early 2000 when the “mega mussel” patterns were introduced. The Danish designer Karen Kjældgaard-Larsen has designed this new updated version of the classic design.

She explains the background:

The “Mussel-malet” porcelain is a decoration, that almost everybody recognizes. Comfort, memories, nostalgia and romance. Today it exists as an icon with an incredible history and lots of strong stories in itself. It has been interesting to try and renew it in a way, that is true to the original design and the story of this classic decoration.

Many young families collect these fine plates, and it’s a classic gift for weddings.

Lego is an old Danish company that we Danes are very proud of. They are famous for producing toys, that encourage creativity, and the word “Le-Go” is an abbreviation of the Danish words “Leg Godt”, which means “Play well”.

Lego was started in 1932, and they started out with wooden toys like this car that I inherited from my grand parents: 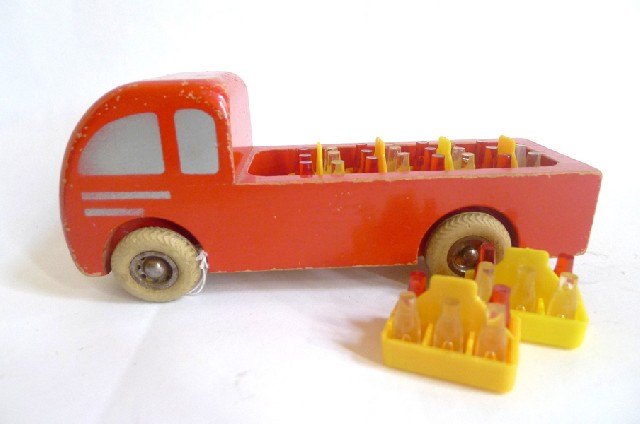 Traditional wood toys are popular in Denmark, and it’s a good way to encourage kids to play outside, and put the electronic toys aside once in a while. 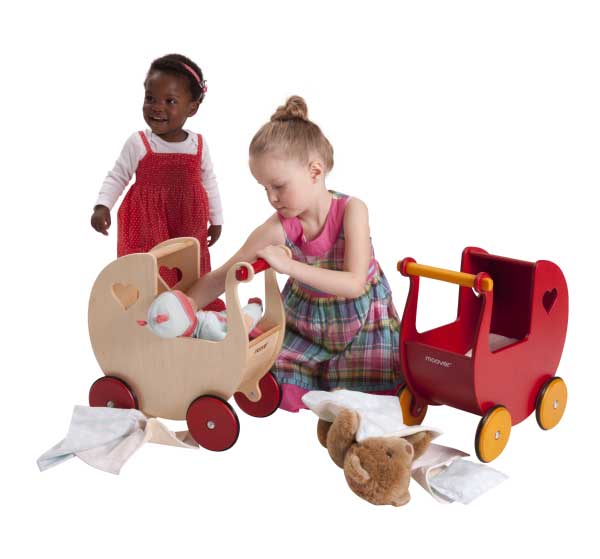